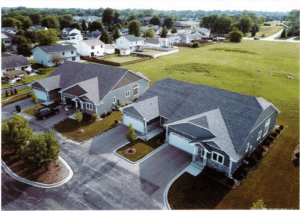 By Teddy Nykiel  –  Reporter, Milwaukee Business Journal A southeastern Wisconsin developer aims to break ground by late summer on 26 ranch-style duplex condominium units that are still under consideration by the city of Franklin. Bear Development LLC is proposing 13 side-by-side duplex condominiums in a development that would be called Woodfield Trail. The units would be priced between $375,000 and $425,000 and the developer hopes to break ground in August or September, Daniel Szczap of Bear Development said in an email. END_OF_DOCUMENT_TOKEN_TO_BE_REPLACED [...]

Leading affordable housing developer Bear Real Estate Group has been named one of the Top 50 Affordable Housing Developers of 2022 by Affordable Housing Finance magazine. This prestigious list ranks for-profit and non-profit developers on a national level based on the number of new affordable housing units they began constructing in 2021. Bear Real Estate Group was ranked #22 on this list. END_OF_DOCUMENT_TOKEN_TO_BE_REPLACED [...]

Early home sales are underway and apartment leasing is in progress for the $113 million mixed residential development that's been in the works in the village of Union Grove since 2007. END_OF_DOCUMENT_TOKEN_TO_BE_REPLACED 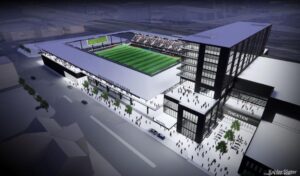 MILWAUKEE — Marquette University sold 11-acres of land to developers for a new sports and entertainment district, according to the developers. Bear Development will work with Kacmarcik Enterprises to develop the area, which will feature a new stadium, an indoor concert venue, a full-service hotel, multi-family residential housing, as well as retail, and food and beverage elements. END_OF_DOCUMENT_TOKEN_TO_BE_REPLACED [...]

Kacmarcik Enterprises and Bear Development Unveil Transformative Sports and Entertainment District in Downtown Milwaukee The development will be home to a professional soccer club, state-of-the-art entertainment venue operated by a premier concert promoter and the Pabst Theater Group, hotel, retail, and dining END_OF_DOCUMENT_TOKEN_TO_BE_REPLACED [...]

Mount Pleasant subdivision with 198 lots aims for variety and affordability

Bear Real Estate Group emphasized affordability for its planned 198-lot subdivision in Mount Pleasant where some single-family houses are expected to be priced in the $350,000 to $450,000 range.

Bear Real Estate is looking to buy 64.7 acres at Highway 31 and Highway KR for a project village officials estimated could be worth more than $84 million in new property value. END_OF_DOCUMENT_TOKEN_TO_BE_REPLACED

MADISON – Today the Wisconsin Housing and Economic Development (WHEDA) announced the award of $23.3 million in federal and state housing tax credits that will advance greater housing access and opportunity in Wisconsin through the creation of over 1,400 housing units. This year’s housing tax credits awards support 23 housing projects in 20 communities statewide and cap a highly competitive process that drew requests totaling more than $49 million. END_OF_DOCUMENT_TOKEN_TO_BE_REPLACED [...] 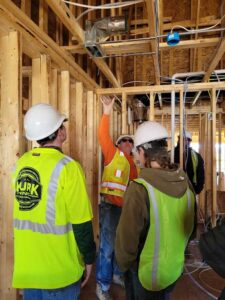 March 27, 2022 - Kenosha News: "The Highway 50 corridor as it extends from Bristol through Paddock Lake is poised for growth. A Kwik Trip, Culver’s, Scooter’s Coffee, Dunkin’ donut shop and another assisted living center are on the horizon in Paddock Lake." [...]